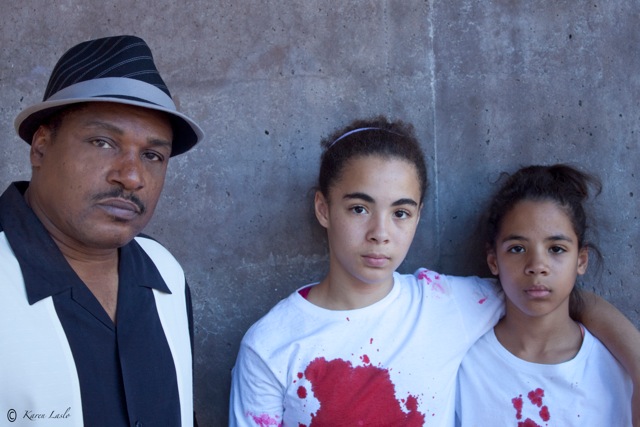 Pastor Vince Haynie paused for a photo with Anjoli Frazier, 13, and Jaded Frazier, 11, at City Plaza July 10 at the close of a Black Lives Matter rally at City Plaza in Chico. The rally drew about 100 people as protests were underway in many American cities over police shootings in African-American communities and in particular the fatal shootings of Philando Castile in Minnesota and Alton Sterling in Louisiana. Some of those attending the Chico rally wore white t-shirts that had red stains. Anjoli said she and her sister wore the shirts to represent “all the blood that has been shed by people of color.” read more