In 1988, I traveled with Andrés Manuel López Obrador – the man expected to win Sunday’s presidential election in Mexico — during his gubernatorial campaign in the southern state of Tabasco. I covered his quirky, upstart campaign for the San Francisco Chronicle, often riding in the back of his family’s little Volkswagen, largely because I sensed that he’d eventually be influential nationally, if not someday elected president.

This is to suggest that this passionate, fierce and bloody presidential race has been in the making for a very long time, and because 30 years ago a younger López Obrador was already a skilled politician. He was charismatic and smart, and he seemed to just need the right moment to stake his claim to the presidency and deliver power to the Mexican left. read more

A decades-old plan to raise Shasta Dam – resuscitated by the Trump administration — would not only flood what little remain of the Winnemem Wintu’s sacred tribal lands but more broadly denude “thousands of acres” of forested watershed above Lake Shasta.

The estimate of forest area to be inundated is from AquAlliance, a Chico-based environmental group. AquAlliance contends that a higher dam would drown riparian plant and animal life around Lake Shasta, leaving more hillsides naked and more sediment eroding to the bottom of the reservoir. read more 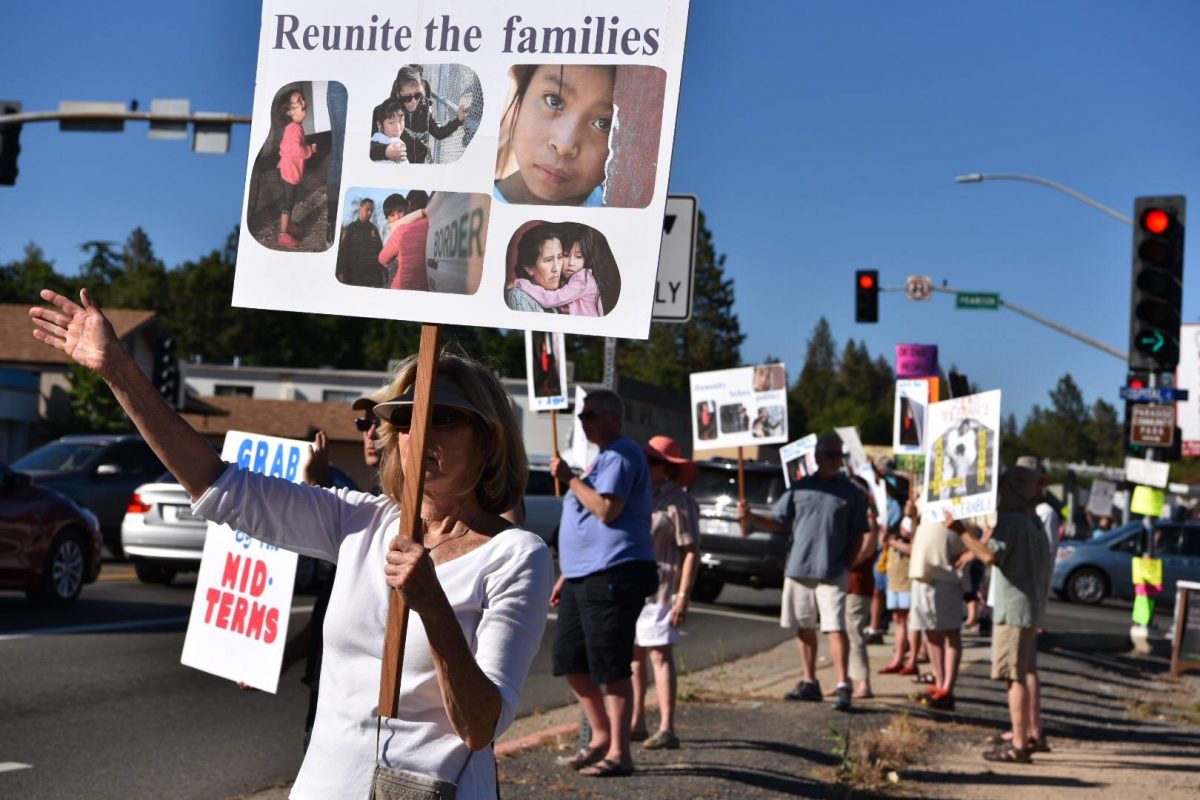 Some 50 people gathered Thursday in Paradise to protest the separation of children from their migrant parents on the U.S.-Mexico border. They'll reconvene at 5 p.m. Monday at Pearson and Skyway to call for family reunification. Such protests are spreading across the nation.

I am Sansei, a third-generation Japanese-American who did not experience the hardship and humiliation of being rounded up without due process and imprisoned for three to four years as my elders did. But I did experience the racism and xenophobia in the 1950s in the aftermath of war.

Refugees fleeing violence from their homelands south of our border are now being locked up in immigration detention centers that are intentionally located in isolated sites. Americans should be ashamed that these men, women and children are being imprisoned in our country with the threat of being sent back to where they might be killed. read more

A group of citizens that has produced an ambitious “vision” for Chico police reform first came together last year after the officer-involved-shooting deaths of Desmond Phillips and Tyler Rushing.

“We were like magnets,” said Margaret Swick, a member of a group calling itself Concerned Citizens for Justice. “We were just pulled together. We were just concerned about the police shootings.”

On Monday (June 18) from 6 to 8:30 p.m., Concerned Citizens for Justice will give a community airing to its six-point program for “improving the climate of respect between law enforcement and the community.” One reform the group describes as “essential” is establishing “an independent, impartial citizen board with authority to review all police files.” The public meeting will be held at the Chico branch of the Butte County Library, 1108 Sherman Ave. read more