The meeting will be held Nov. 9 at the AG’s office in San Francisco and include David Phillips and his attorney, John L. Burris of Oakland, Phillips said.

“Mr. Burris was the one who got the meeting with Xavier Becerra,” David Phillips told ChicoSol this week. “The purpose is to present our evidence … to have those officers fired and brought up on murder charges.” read more “Three or four years ago, I never would have said I was born in Mexico,” Chavez told the board. “MSLI taught me not to hide where I came from. It gave us hope. Now I’m applying to college.” read more

ChicoSol is partnering with newsrooms around the country to create a national database of hate crimes and bias incidents for use by journalists and civil-rights organizations. There’s no authoritative data on hate incidents in America, and the Documenting Hate project led by the nonprofit ProPublica wants to change that.

If you’ve been a victim or witness, tell us your story here by filling out the form on the “Read more” page and submitting it the national database. This is not a report to law enforcement.
read more 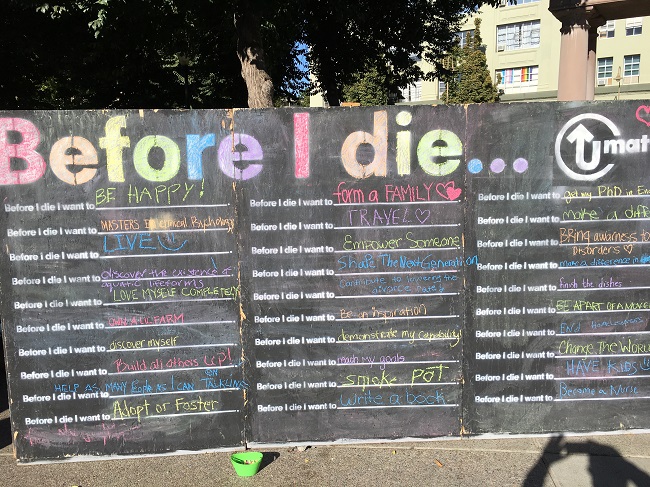 The brief appearance of a billboard that depicted President Trump as a Hitler-esque figure has unleashed a wave of hateful, threatening messages directed at a Chico woman and her vintage clothing store.

Nicholle Haber, owner of “Rouse & Revolt,” said Thursday she was shocked by the maliciousness of people who were upset by the billboard art that was posted at East Third and Mangrove avenues in Chico Wednesday night. The billboard appeared to have been scraped off entirely by early Thursday, hours after a Chico television station aired a story. read more